Drink your water! Okay, that’s really the only thing I’m going to say about water today. Not because I don’t believe you should be drinking it. But, because there are PLENTY of sources outside myself that will tell you why it’s so important.

You know, things like increased brain power, flushing out toxins, improving your complexion, increased energy and headache prevention. But, remember, there are hundreds of other places for you to read about that.

Instead, “Drink your water!” is what I tell Gregory, daily. Probably multiple times a day.

Last year I conned my brother into being one of my first Health Coaching clients. He’ll be the first to tell you, he had zero interest in the matter. However, I played the older sister card until he folded. And, we’re both happy that he did.

I won’t lie. Those first couple of sessions were slightly better than pulling teeth. And I really questioned how much I wanted to do this whole coaching thing. If it was this hard working with my own flesh and blood, what will strangers be like?! He was an active participant. But, he really just viewed it as a favor for me. It wasn’t until the third, maybe even the fourth, week that he realized there was benefit for himself.

Now, I’m not going to get into details of his goals or his progress, because that’s his thing. But I will tell you that once he opened up to it, he realized how he could use it to his advantage. And from there he went full steam ahead.

At first, you have an idea. Maybe you know where you want to go. Or, maybe you know what you want to accomplish. Your BIG pot of gold at the end of the rainbow. Losing weight. Completing your first Marathon. Going back to school. Starting your own company. Maybe it’s a feeling – more energy, more fulfilled, more accomplished. Whatever it is, there’s something you want to reach – and now, you have to get there.

This is where Coaching comes in. I help to set achievable, realistic, digestible steps. We don’t go from setting a goal, to crossing the finish line in one jump. We get there with consistent goal setting and behavior change. And, I help keep you accountable.

Benefits of hiring a Coach:

I know, many of us think we can keep ourselves accountable. I learned the hard way how hard that really is when I took one of my last classes in college as an online course. Even the most disciplined of us (and I’m not arguing that defines me), have weaknesses. And I’ll support you overcoming those. Finding those challenges and defeating them.

But, that’s not the coolest part. Not to me anyway. The coolest part is in the middle, when you’re working at your goals. Maybe you’ve had an amazing all star week. Or, maybe this week felt like a setback. Either way, you realize there’s something more. You realize that you’re getting something really great out of your hard work.

For Gregory, he started feeling more energy during the day AND he realized there were more nutritional and fitness goals he wanted to explore. Varying his meals, finding alternatives to things he ate regularly but wanted to cut back. And he got excited. 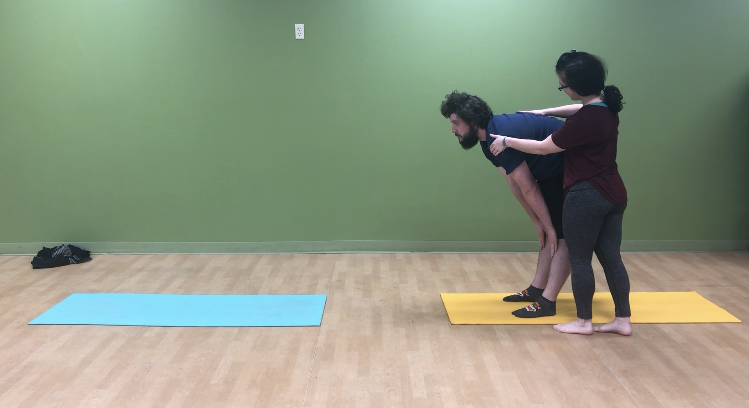 He went from begrudgingly doing me a favor. To not only feeling benefits, but wanting more.

Technically, I’m not coaching him any more. But, I constantly text him asking if he’s drinking his water. And, he texts me pictures of healthy meals he’s eating throughout the week. (He also started taking my yoga classes, without any arm twisting).

What is your big dream? Your big why? Let’s get you there. And, hopefully, along the way, we’ll find more exciting goals for you to explore. Comment below or contact me to get started!